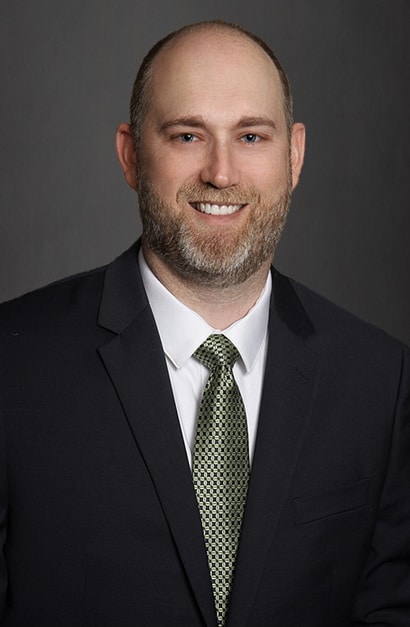 Matt Moffitt has practiced law since 2007 representing individuals, professionals, and large corporations in legal disputes. Mr. Moffitt is an experienced trial attorney and his primary practice focuses on civil litigation with an emphasis in insurance defense, specifically in personal injury, premises liability, and products liability. He has litigated jury trials in each of the three grand divisions of Tennessee and in Georgia and is currently admitted to practice law in Tennessee state courts and in the U.S. District Courts for Middle and Western Tennessee and Northern Georgia.

Mr. Moffitt graduated from Brigham Young University in 2003 with a Bachelor of Arts degree in history and a minor in English. He then graduated from the University of Memphis School of Law in 2007 where he was on the Moot Court Board. While in law school, Mr. Moffitt clerked for the late Rita L. Stotts of the Shelby County Circuit Court. Prior to joining Hudson, Reed, & Christiansen, Mr. Moffitt worked as a Senior Trial Attorney for a large regional insurance company, part of that time as the managing attorney for the Tennessee office, serving corporations and individuals throughout Tennessee and Georgia.

Mr. Moffitt is a native of Van Buren County, Tennessee. He now resides in Murfreesboro, Tennessee with his wife and four children. Matt and his family sometimes serve as a foster family to children removed from their homes due to allegations of drug or physical abuse. Matt enjoys spending time with his family and friends, working on his hobby farm, and serving in his church.